Global Medical Response (GMR), the world’s leading provider of medical transportation systems, in partnership with the Dallas Cowboys and the National Medal of Honor Museum Foundation, will host 25-Arlington area first responders from GMR and two Medal of Honor recipients at the September 11 First Responder Game at AT&T Stadium in Arlington, Texas. Retired U.S. Navy SEAL, Command Master Chief Britt Slabinski and retired U.S. Army Captain Florent Groberg will join 25 first responders from GMR and other EMS providers from the state of Texas at the game against the Tampa Bay Buccaneers.

“It is an honor to be able to host 25 of GMR’s dedicated first responders along with Command Master Chief Slabinski and Captain Groberg at a game meant to recognize heroism and honor the victims of the 9/11 tragedy,” said Ted Van Horne, chief operating officer for GMR.

First responders from GMR will not only enjoy the Sunday night game from the sidelines, but they will join 175 other EMS caregivers from agencies around the state in a pre-game flag ceremony to honor all who lost their lives on 9/11, and in a half-time show that pays tribute to our nation's first responders.

“Standing alongside and in support of GMR - the leader in medical transportation systems –with 2 of our nation’s Medal of Honor recipients and our very own Arlington-area first responders, we know we are in heroic company as we kick off the Cowboys 2022 season,” said Charlotte Jones, Cowboys Executive Vice President and Chief of Brand Officer. “Tonight, as we honor these heroes on the anniversary of 9/11, we are reminded of the great community we have in first responders throughout our nation.”

“We’re building our Museum to uplift and honor the courage and selfless devotion of some of our nation’s greatest heroes. Everything we do revolves around that mission. We want every person to know the potential to be extraordinary exists in us all,” said Chris Cassidy, President and CEO of the National Medal of Honor Museum Foundation. “It is only fitting that, on a day like 9/11, we should find a way to shine an even brighter light not only on the sacrifices of our veterans but on the sacrifices and heroism of our first responders as well. We are grateful to have found such wonderful partners in this effort as our friends at GMR and America’s Team – the Dallas Cowboys.”

GMR will also unveil new helicopter and ambulance designs in partnership with the Dallas Cowboys and the National Medal of Honor Museum Foundation. The designs pay homage to our nation’s military members and veterans.

GMR is the official event medical provider for AT&T Stadium. 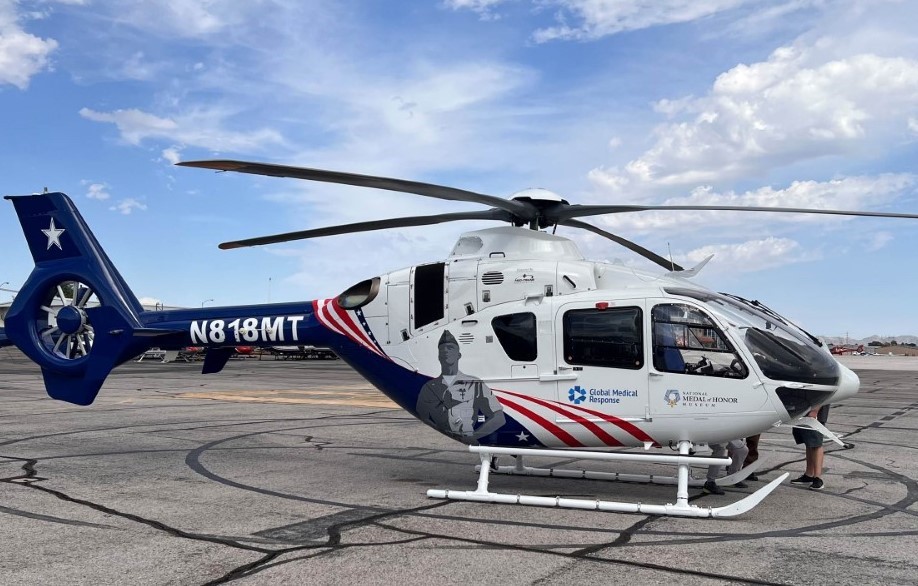 Back to News Center
View next article